Skip to content
The RIV4L College League is the premier competition for gaming students who want to take on students from other universities and colleges across several esports. An ever growing number of schools has chosen to be a part of this competition, giving young esporters from different levels a chance to show off their skills. The RIV4L College League even has its very own offline finals, giving the best of the best an opportunity to play in front of their own friends, family and supporters.

The RIV4L College League is more than just a competition though. As an organisation we also want to support student initiatives. If they want to organise their own LAN parties or competitions, we will provide them with the necessary material and platforms. This way we try to support upcoming esporters and organizers of esport events.

Last but not least we try to give students a glimpse of the world that is esports. It is not just about playing games, but it is a complete industry, with a lot of job opportunities. Many students still see a career in gaming as either being a developer or being a pro gamer, but there are so many other ways to be a part of this sector, that has been growing immensely over the past few years.

By bringing al these aspects together, we help create a foundation for Belgian esports in colleges and universities, which allows institutions to develop esports-focused programs in the future.

A career in esports

The deal focuses on the organisation's Dota 2 squad, which was previously sponsored by @RivalryGLHF 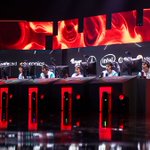 💸 PROMOTED: Have professional EXP with #Java and C#? 🤔

This is your chance to work with a talented team! 💪

Trev here once again bringing you the latest #esports and #gaming jobs! 🎮

It's going to be a busy Sunday, but you're all worth it! 😉

⚡ NEW: If you're a master of #UnrealEngine you should probably take a look at this! 🥽

A fantastic opportunity to work on virtual worlds! 🌏

⚡ NEW: AppLovin is looking for a talented #designer to join their team! 🧑‍🎨

#Marketing EXP is a plus! 👌