Make sure to join the RIV4L College League-discord in order to contact your opponent.

We realise that you’re students and can’t be 100% held to a fixed schedule because of other priorities. Rescheduling matches to another week is possible (but keep it as minimal as possible). Contact an admin when you scheduled your game.

Just like last year we will be recording matches to later be featured in the RIV4L College League-show. FIFA 20-players are encouraged to record their own matches. LOL and RL-teams need to contact an admin in order to get their game recorded.

A career in esports

The home of #gaming and #esports jobs. #MakeYourMark

🚨 ICYMI: Passion for #videogames and #animation? 👾

Here's an exciting opportunity to join the team at #Gameloft! 😊

#ICYMI: TJ Sports announced that @lplenglish has been rebranded with a new logo and that the #LPL Summer Split will begin June 5.

Go grab a job based at their #Bangalore studio! 💪

"Working as partners together with Esports Charts’ team will be the key to many successful projects and achievements in our region." 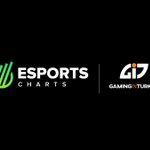 "We are excited to bring this new partnership to life, and to collaborate on the development of win-win charity stream sponsorship opportunities for consumer brands." 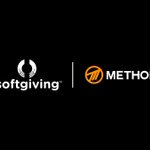